The History of Glamping 500BC to Glastonbury Festival

Each year the Oxford English Dictionary updates its database of words and adds some new ones. In 2016 “Budgie Smugglers (plural noun) and Scooby Snack (noun) were added alongside one of our favourites “Glamping”. This may lead you to believe that it is a fairly new idea, so we thought we would do some research to understand when glamorous camping first appeared on the scene.

A form of camping involving accommodation and facilities more luxurious than those associated with traditional camping.

Digging into both our archives and that of the Imperial War Museum (to name a few) we have traced luxury camping to its origins at least 400 years BC. It turns out En-suite tented accommodation hasn’t always been that far away. In fact looking through all the data we gathered, we believe there is also a correlation between ladies hair and the improvements in camping equipment.

479 BC The Pavilion of Xerxes on Campaign

When a Persian king went to war, he not only took his army with him, but many courtiers as well. In this way, he could also live like a king when he was at the front but behave in the ways of a man with many wives. This included his harem, ready for his pleasure. The need for a member of the harem to keep themselves looking good while camping on campaign was the difference between time with the King and being forgotten forever. Thus the need for luxury accommodation was born.

We know about the glamour of his portable palace because he left it behind when beaten.

Proof that if you have the cash, mules and people to carry stuff, camping can be fun.

Named the Val D’Or because of the sumptuous materials used to make the tents. The meeting between Henry VIII and Francis I took place near Calais, France. Unwilling to be outshone by his rival the King arrived with a 10,000 m2 temporary palace. The foundations may have been brick, but the top part was canvas made to look like brick. You can see in the painting above the golden dining tent of the King. Not only was the accommodation superior, but outside were fountains of wine and beer, hence the painting showing some people being sick and even a punch up in front of the palace.

During the Napoleonic Wars, there were all sorts of examples of glamping on display. Napoleon’s tent was 3m x 3m and contained an iron camp-bed complete with Imperial crowns, desks and tables.  He may even have hosted his mistress on the way to Russia. The Countess of Walewska was encouraged to have the affair in the hope that Napoleon would look more favourably on Poland.

It wasn’t only the chiefs of the armies like the Emperor himself (see below) and Wellington who looked after themselves but for the officers, there was always the chance to set up a mess tent on a campaign.

In order to give themselves a break from the everyday drudgery of campaigning through Spain and Portugal, when time allowed British officer’s orderlies often set up a large tent as the regimental mess. Depending on the personal wealth of officers and regiments, this could include entire dinner services, fine wines and food not available to the men.

1930 Imperial Glamping at the time of the Raj

India and particularly the desert state of Rajasthan have always had a special nomadic tent culture. In the era of the Mughal Emperors, whole tented cities were sometimes erected for royal weddings, special celebrations, durbars and hunting expeditions into the Thar Desert. In 1903 the most lavish and extensive example of these tented camps was set up in Delhi by Lord Curzon for the Coronation Durbar of King Edward V11. The purpose of which was to confirm the King as the Emperor of India, and also to announce the moving of the capital from Calcutta to New Delhi.

It accommodated an astonishing twelve thousand, nine hundred and eighty-three people! The viceregal camp was superbly equipped with every comfort and luxury and contained exquisitely presented camps from all the different Princely States and neighbouring kingdoms displaying the finest examples of local craftsmanship and materials. Thank you to the Raj Tent Club for the image and detail.

English and American travellers in India and Africa discovered that there was no need to leave the luxuries of civilisation at home when on safari. The development of safari tents that have bedrooms, sitting rooms and porches has continued to this day. The long style with a large open end allowed the easy movement of fresh air through the tent, perfect after a hot days lion hunt.

Another key invention of the 19th century was the creation of Tonic water to combat Malaria. Rather than down the disgusting Quinine powder on its own, colonialists mixed it with soda water and lemon to dampen the taste. Thus developed the ultimate partner for a good bit of camping, the addition of Gin to Quinine tonic water and a slice of lemon and ice. You don’t just need a nice tent, the right drink is essential.

The year that changed the face of luxury camping. Luxmode has created the finest portable camping experience since King Xerxes took his Palace to war. You no longer need to leave the comforts of your safari tent to and use the Facilities. Paying for access to electricity, showers and hot water is a thing of the past. These luxury tents can be put up in under a day and contain every item of home luxury you can imagine. No need for someone to hold a bucket above your head, the shower has its own boiler providing a constant stream of hot water. The best news of all it is environmentally friendly, using an airlock system to flush the waste. You can walk out of your tent looking like you just spent an hour with Charles Worthington.

If you are thinking about how to improve the experience for your guests, whether it’s your own wedding or your very own glamping site, contact us to see how we can help. We would love to get together and show you our brand new safari tents with en suite accommodation. 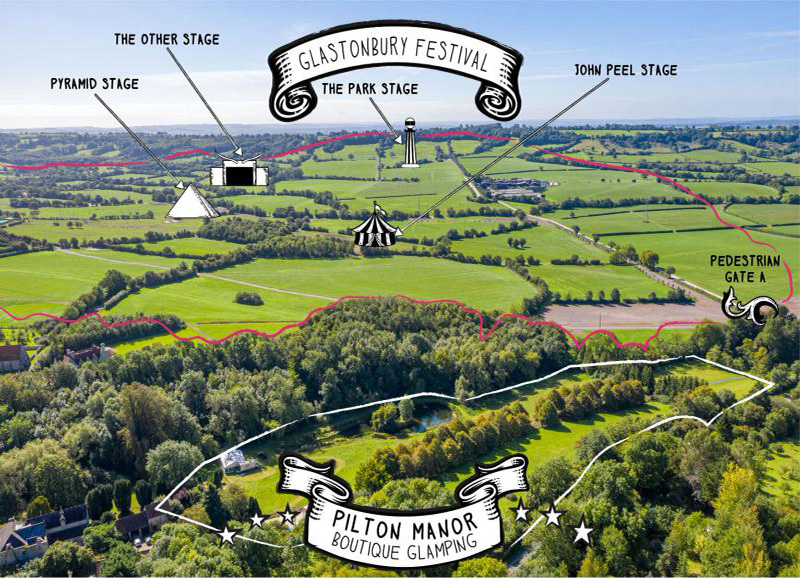 Are you looking for high-end festival camping? 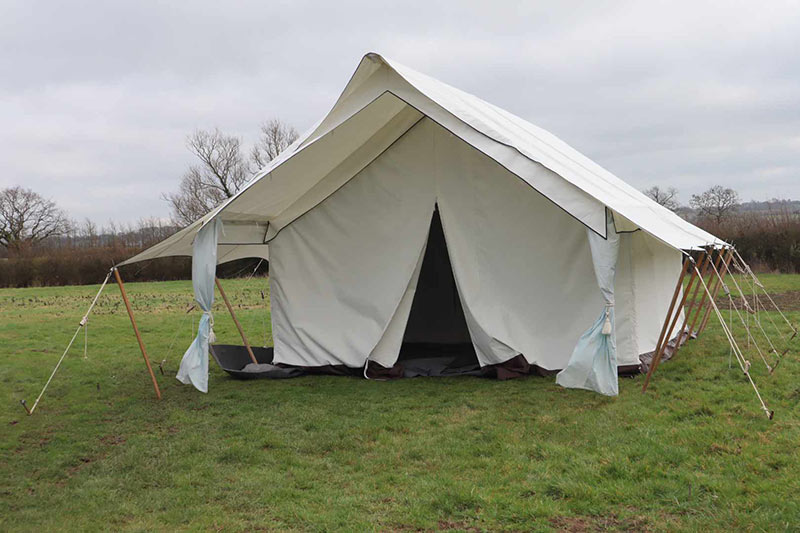 We would really love to hear from you, so get in touch now to see how we can help

This website uses cookies to improve your experience while you navigate through the website. Out of these cookies, the cookies that are categorized as necessary are stored on your browser as they are essential for the working of basic functionalities of the website. We also use third-party cookies that help us analyze and understand how you use this website. These cookies will be stored in your browser only with your consent. You also have the option to opt-out of these cookies. But opting out of some of these cookies may have an effect on your browsing experience.
Necessary Always Enabled
Necessary cookies are absolutely essential for the website to function properly. This category only includes cookies that ensures basic functionalities and security features of the website. These cookies do not store any personal information.
Non-necessary
Any cookies that may not be particularly necessary for the website to function and is used specifically to collect user personal data via analytics, ads, other embedded contents are termed as non-necessary cookies. It is mandatory to procure user consent prior to running these cookies on your website.
SAVE & ACCEPT